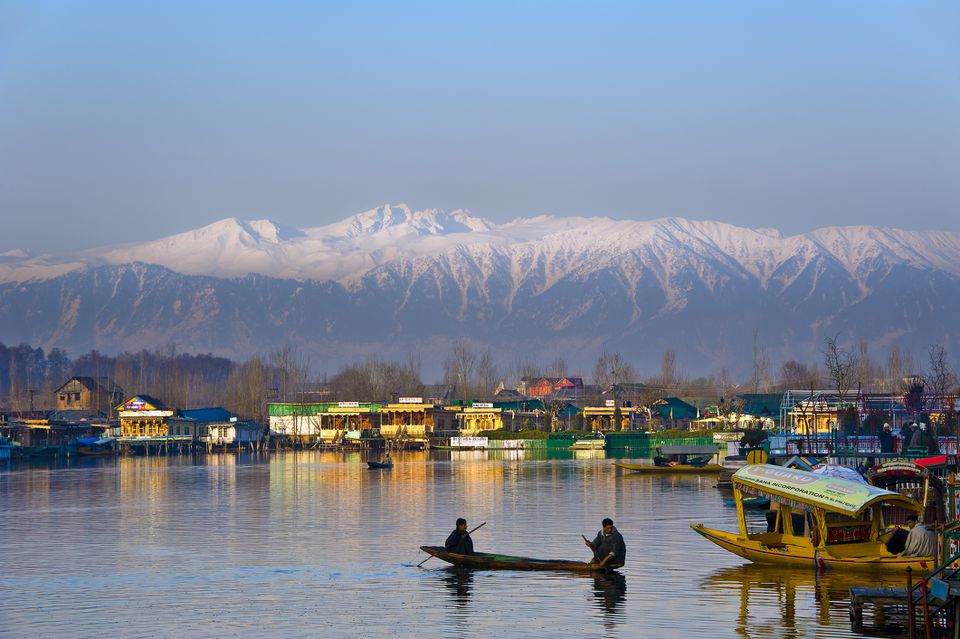 A WEEK IN KASHMIR

A WEEK IN KASHMIR

The state of Jammu & Kashmir (J&K) brings together three incredibly different worlds. Hindu Jammu and Katra, in the south, are the state's rail hubs and a major draw for domestic pilgrims. Muslim Kashmir is India's Switzerland, attracting hordes of local tourists seeking cool summer air, alpine scenery and Srinagar’s romantic houseboat accommodation. And then there's the Himalayan land of Ladakh, which for most foreigners is J&K’s greatest attraction. Its disarmingly friendly, ethno-linguistically Tibetan people are predominantly Buddhist; their timeless monasteries are set between arid canyons and soaring peaks, while emerald-green villages nestle photogenically in highland deserts.

Meet upon arrival and transfer to Deluxe Houseboat. After lunch sightseeing of Mughal Gardens visiting Nishat Bagh (Abode of pleasure) built by Asif Khan brother in law of Jehangir in 1632 AD. And Shalimar Bagh (Abode of love) built by Jehangir for his wife Empress Noor Jehan. All the gardens are situated on the bank of Dal Lake with the Zabarwan Mountains in the background. The distance from Srinagar to the said gardens is about 12 and 15 kms respectively. Enroute visit carpet-weaving factory.Evening shikara ride on Dal Lake visiting floating, Vegetable gardens etc. Also witness walnut Woodcarving and paper machie making demonstration. Overnight Hotel.

Full day excursion to Sonamarg (Golden Meadow). The distance of about 83 kms will be covered about 2-½ hrs. Sonamarg lies in Sindh Valley streamed with flowers and surrounded by mountains. Sonamarg is also the base for some interesting treks to the high altitude of Himalayan Lakes. Enjoy horse riding upto Thajwas glacier and sledge riding on snow. Late afternoon drive back to Srinagar. Overnight in Hotel .

Drive to Gulmarg, the Meadow of Flowers, 2730 mts.above sea level. The distance of 60 kms will be covered In about 2 hrs. It has delightful ski slopes and the highest 18 hole golf course of the world. If weather permits, you Can also have a breathtaking view of Nanga Parbat. The view enroute from Tangmarg to Gulmarg is magnificent. You can also go on a short trek upto Khilangmarg, in about 3 hrs. Enjoy Gandola ride. You can also take an (optional) Sledge ride on the snow-covered slopes. Overnight at Hotel .

After an early breakfast leave for Pahalgam, the Valley of Shepherds via Srinagar. Drive through Saffron fields, visit Awantipura ruins of a 1100 yrs old temple of Lord Vishnu built by King Awantiwareman. Drive through the Pine forest and along Lidder River. The total distance of About 140 kms will be covered in about 4 hrs. Arrive Pahalgam and transfer to your hotel. Overnight at Hotel.

After Breakfast. Day free for individual activities. Optional: Visit to Chandanwari or Aru for a magnificient view of Lidder Valley. Overnight at Hotel.

After breakfast, proceed to Srinagar, the drive is Approximately 3 hrs. Arrive and check in at your houseboat. Afternoon visit the Mughal Gardens : Nishat Bagh (Abode Of pleasure), built by Asif Khan brother-in-law of Jehangir in 1632 AD, Shalimar Garden Bagh (Abode of Love) built by Jehangir for his wife Empress Noor Jehan. These beautiful mountains are situated on the bank of Dal Lake with the Zabarwan Mountains in the background. Distance from Srinagar is about 12 and 15 kms. respectively. Enroute, visit a carpet weaving factory and Shankracharya Temple. Overnight at Houseboat.

After breakfast transfer to the airport for onward journey.

Send Enquiry For A WEEK IN KASHMIR